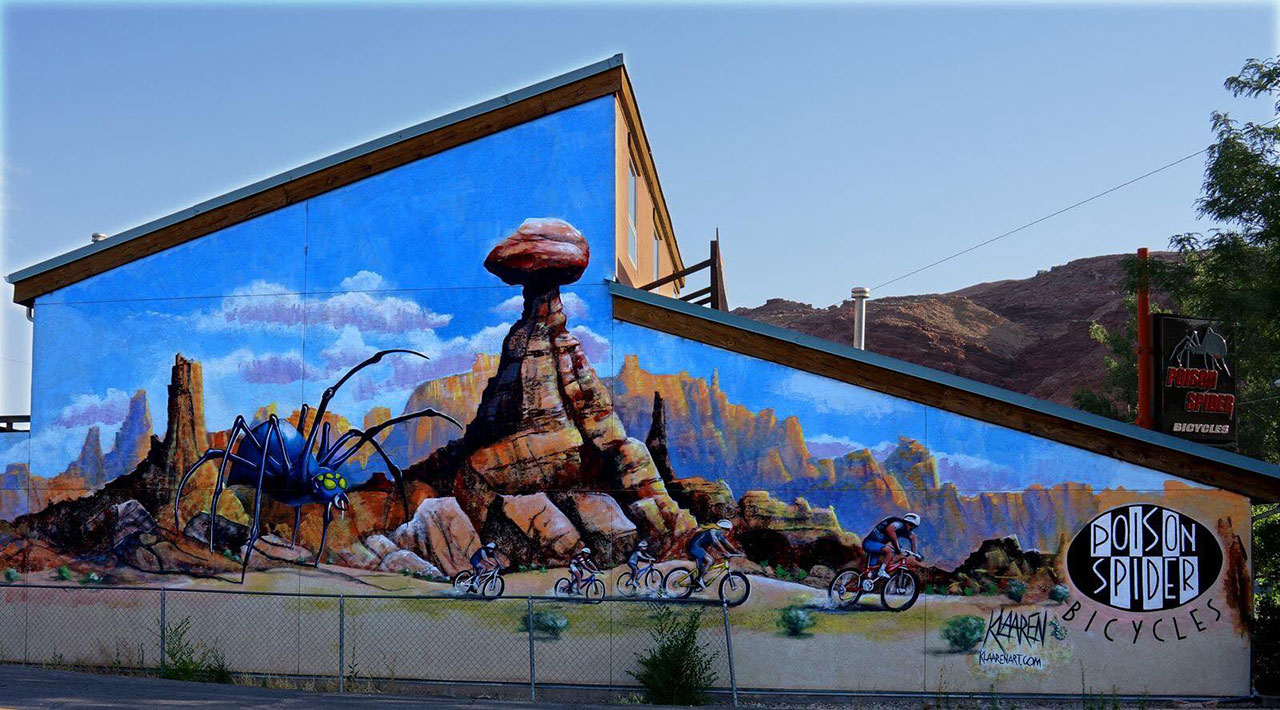 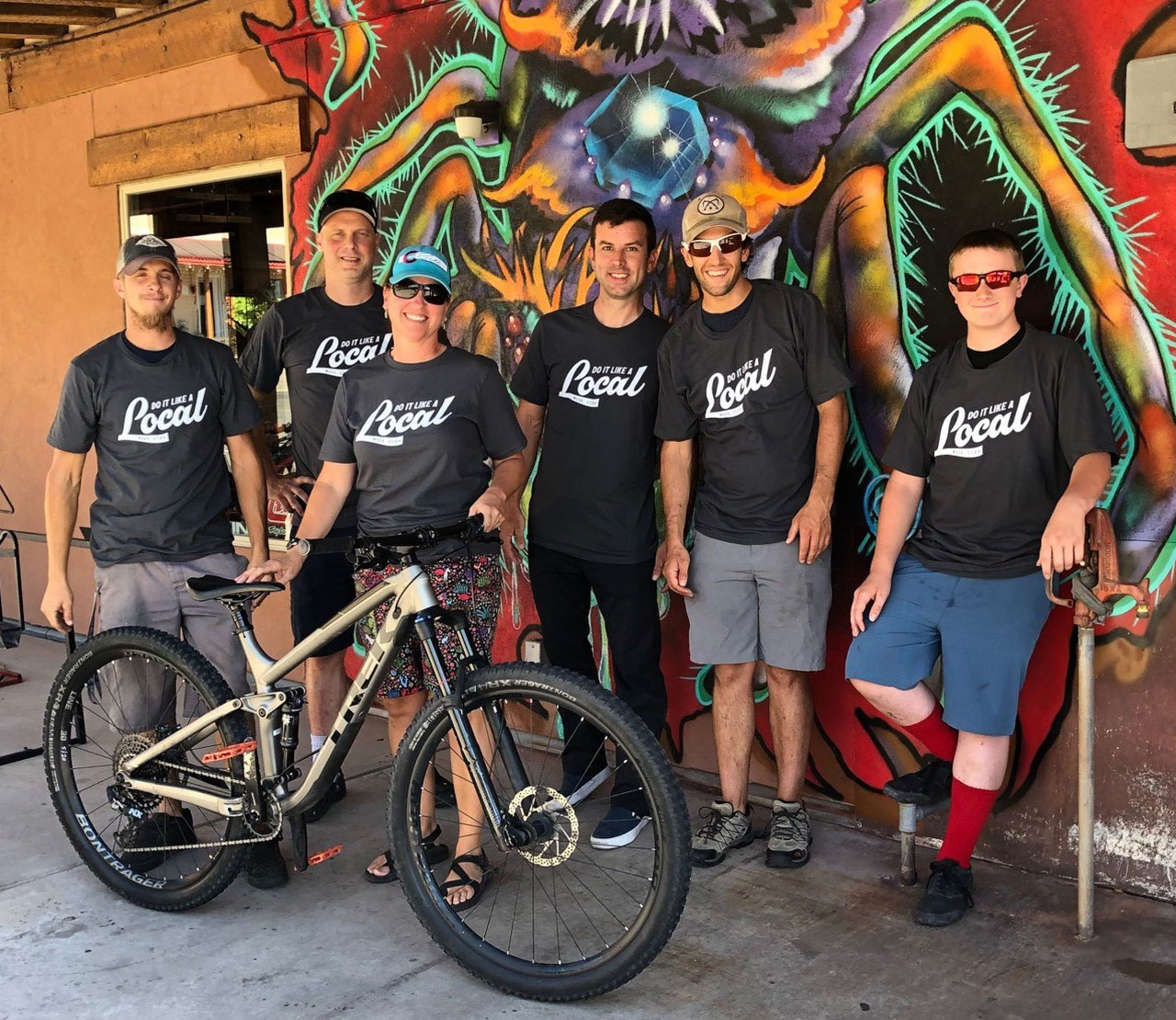 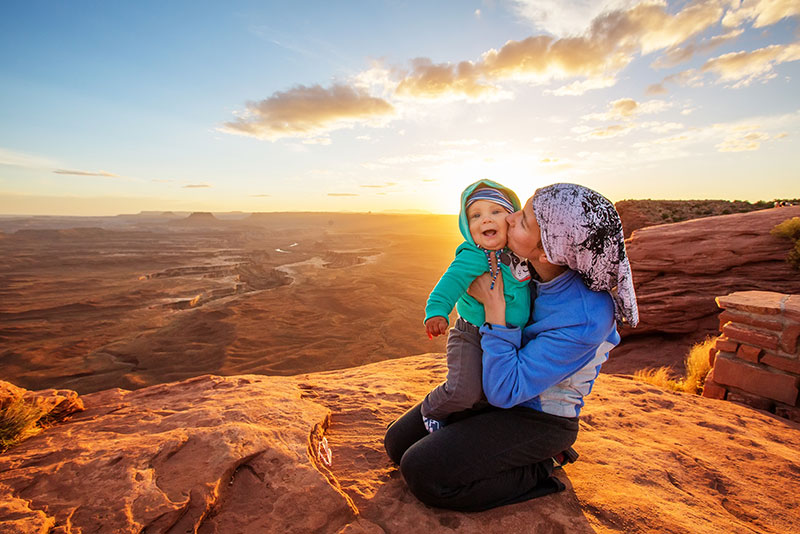 There’s no place on Earth quite like Moab, Utah—it’s why millions of people flock here every year from every corner of the planet to hike, bike, raft, off-road, and generally enjoy the otherworldly scenery and unique terrain. In fact, some of us love it so much that we live here year-round. And while the Utah desert seems like a rugged place, you might be surprised to learn the environment is surprisingly sensitive. To make sure everybody—both locals and visitors alike—has the chance to enjoy our little slice of paradise for generations to come, residents of Moab are taking steps toward sustainability with the Moab First Sustainable Tourism Program. When you visit Moab, keep the following tips in mind to visit like a local and do your part to protect this amazing landscape.

Stay on the Trail 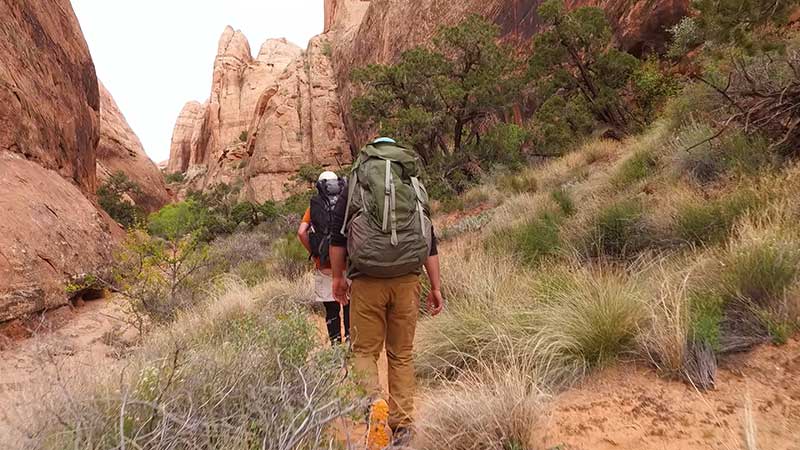 While the desert soil may look unassuming, it’s actually teeming with life. Biological soil crust (also known as cryptobiotic soil) is a major part of the desert ecosystem, and helps prevent erosion as well as trap nitrogen and other plant-friendly nutrients in the soil. Cryptobiotic soil is also incredibly sensitive, and can take decades to recover from even a few footsteps breaking through the crust. When you visit Moab, make sure to stay on established trails and roads—and if established routes aren’t available, do your best to walk through dry creek beds or on bare rock.

Most people with a conscience already know not to litter up the great outdoors, but there’s more to Leave No Trace than just packing out all your trash and recyclables. When picking a campsite, use a pre-existing spot rather than placing your tent on top of vegetation, and make sure to stay at least 300 feet from water to avoid scaring animals away from critical sources of hydration. And speaking of wildlife, make sure to give them plenty of room in general—keep pets leashed, and teach children never to chase, approach, or pick up wild animals.

Moab and the surrounding areas are home to an incredible number of ruins, artifacts, and ancient rock art. While it can be tempting to get up close and personal, make sure to admire from a distance—and look, but don’t touch. We want to keep these pieces of ancient history around for many years to come—so stay out of ruins, leave any artifacts you find in place, and encourage others to do the same, so everyone can appreciate the wonder of ancient civilizations well into the future.

Bring Your Own Bags 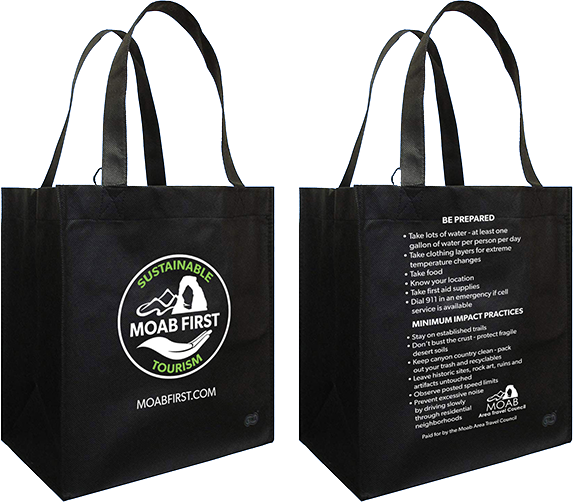 Starting in January 2019, the city of Moab enacted a ban on single-use plastic bags. It’s part of Moab’s efforts to help curb the use of disposable plastic products. Besides being a major litter problem, plastic bags also tend to make their way into waterways and oceans where they can harm animals, as the plastic bits don’t biodegrade even as they become divided into tiny pieces. Remember to bring your own reusable bags for any grocery or souvenir shopping, several businesses will have reusable available during January supporting the plastic-bag ban. 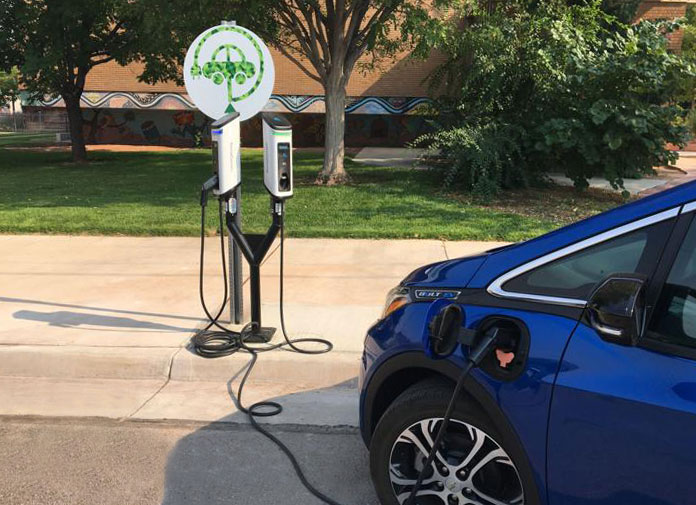 As part of its new sustainability strategy, Moab now features 10 electric-vehicle charging stations located throughout the city, as well as four additional Tesla supercharging stations that can charge Tesla vehicles halfway in about 20 minutes. A recent study by the Utah Department of Transportation estimates an average of 13,000 vehicles at the intersection of Moab’s Main and Center streets—if even a small fraction of those cars were electric, we could save hundreds of thousands of pounds of air pollution every year. 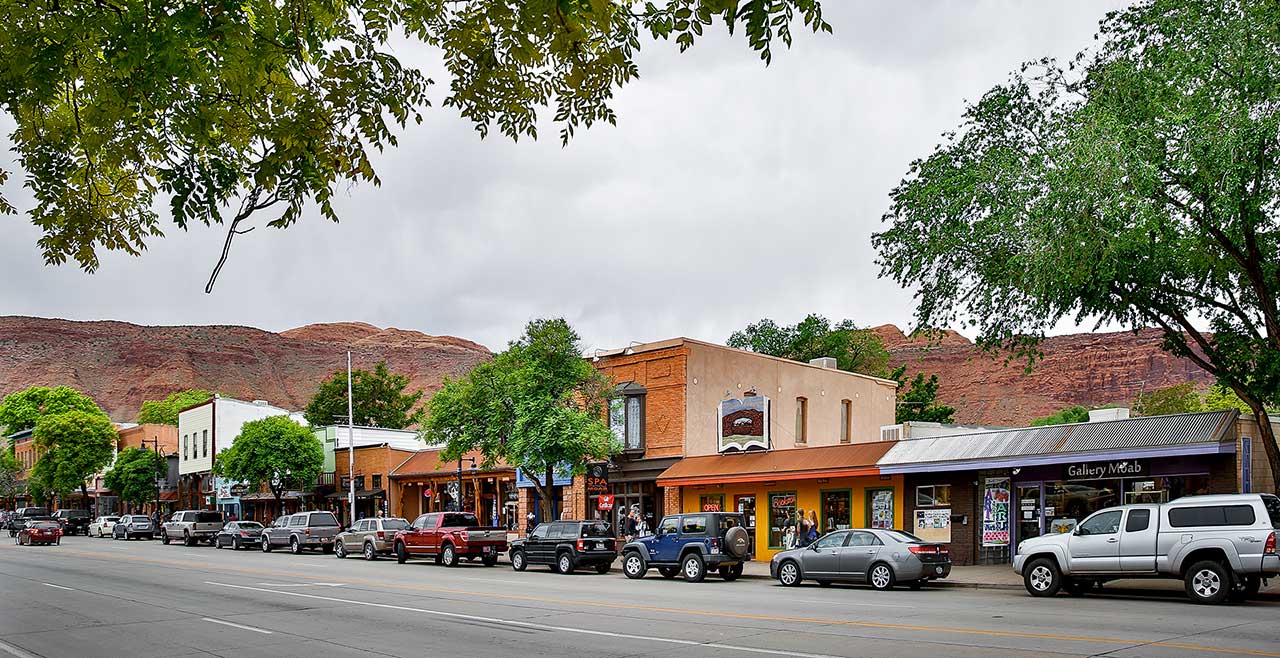 Another great way to visit Moab like a local is supporting local businesses that have made a commitment to sustainability. Keep an eye out for businesses with a Green to Gold sign—the Green to Gold program is a city-sponsored initiative encouraging establishments to take simple steps to reduce their environmental impact. In the summer of 2018 alone, Green to Gold businesses in Moab saved over 850,000 kWh—the same amount of energy used by 136 cars over the course of an entire year, or the annual CO2 emissions from 68 homes.

With these six tips in mind, you’ll be helping the cause of keeping Moab an amazing destination (and an amazing place to live) for years to come. For more information on Moab’s sustainability efforts or to start planning your trip, visit discovermoab.com.