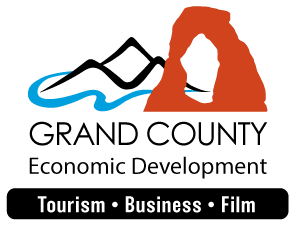 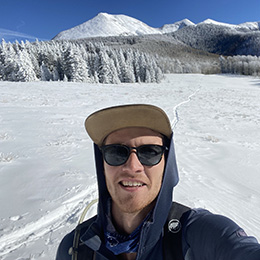 
Born and raised in Salt Lake City, August grew up exploring the Moab area multiple times a year to reset and recharge from life on the Wasatch Front. After six years spent on the east coast, the pacific northwest and abroad, August returned home to Utah in 2020. August joined the County as a Business Development Specialist shortly thereafter in March 2021 and took the reins as Director of the Grand County Economic Development department in September of the same year. He oversees economic diversification, tourism destination management, and film related activities. Ultimately, it is his responsibility to convene private, public, and community stakeholders to support a robust, resilient, sustainable, and equitable economy in Grand County. August is deeply grateful to live in a place where he can backcountry ski in the La Sals in the morning and mountain bike the Slickrock trail in the afternoon all while learning from and trying his best to serve the diverse and wonderful community in Moab. Lastly, if you tune into local community radio station KZMU at just the right time you just might catch Old and New Dreams, his late night jazz program, and fall asleep to his soothing radio voice. 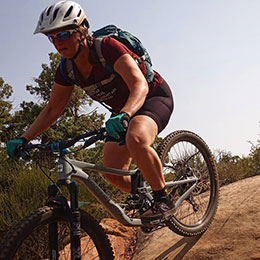 
Rachel grew up in Atlanta but has traveled much of the country as a professional visual artist. A true Renaissance woman, she holds an engineering degree as well as journeyman status as a carpenter. She moved to Moab in 2016 and prefers her outdoor activities to involve two wheels. Competitive by nature, she tries (and fails) to keep up with her former professional downhill mountain biker husband. They enjoy rallycross together with her at the wheel and him as the co-driver. They currently live fulltime in an RV with their trail pup and cat. As the administrative assistant for the department she keeps the entire office running smoothly as well as special event permitting and TRT monitoring. 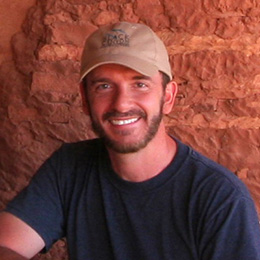 Originally from Western New York, Robert has been employed by Grand County since 1999. An avid hiker and photographer, he has been exploring all of southern Utah since 1986 along with his wife Rhonda. Robert’s current position is Assistant Marketing Director/Graphic & Web Designer for Grand County Economic Development, which promotes Moab Tourism, Business and Film. His job duties include developing and implementing marketing campaigns, designing and managing the discovermoab.com website, digital media and researching and developing new content. In 2017 Robert received the Utah Tourism Industry Association (UTIA) Spirit of Service Award for a tourism employee who best exemplifies the Utah tourism industry commitment of exceptional service by showing “Service Elevated.” Later that year he also received the 2017 U.S. Travel Association’s Educational Seminar for Tourism Organizations (ESTO) Destiny Award for Best Branding and Integrated Marketing Campaign with a Destination Marketing Budget of $1-2.5 Million for a campaign he designed and managed. There is also a rock on Mars named after Robert’s cat Steve, but that’s another story. 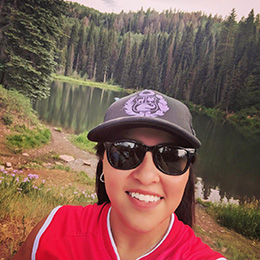 Melissa manages and implements a comprehensive marketing plan that strategically increases quality visitation and supports Grand County’s local tourism economy. She coordinates the development of marketing initiatives, advertising, social media, website, and collateral materials. Melissa also represents Grand County in domestic and international professional shows; develops and maintains a positive relationship with the business community and maintains public awareness of tourism issues, advertising opportunities, and public relations. A Peruvian girl, who moved in 2017, she fell in love with the landscape and the community of Moab. Consequently, Melissa likes to go hiking, camping, fishing, walking downtown at night, and watching the stars along with her husband and puppy. She is a Board Member of the Grand County, UT League of Women Voters organization. In 2021 Melissa won the U.S. Travel Association’s Educational Seminar for Tourism Organizations (ESTO) Destiny Award for the Best Advocacy and Grassroots Campaign.

Ben hails from Northern Virginia and moved to Moab in April of 2021 for a term as an AmeriCorps service member with the Economic Development department. Ben did such a good job that he was hired on full time by the end of the year. In his role as Economic Development Specialist, Ben works to help plan events, coordinate local business assistance, and realize funding opportunities for some of the community’s most pressing needs. Previously, he worked as a senior media research analyst with a focus on utility infrastructure and health care legislation in America. Before moving west, he studied history at Bard College and volunteered as a tutor with the Bard Prison Initiative. Ben loves all animals dearly and makes a point to say hello to each cow he encounters when he’s out off-roading, backpacking, or just taking a stroll. 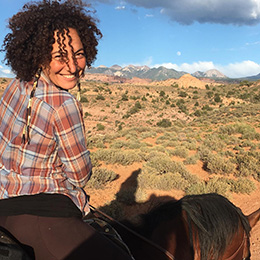 Born and raised in New York City by her director father and photographer mother, Bega Metzner was a child of the industry. She started her formal career on a film set working as a PA (Production Assistant) where she met a costume designer who quickly whisked her away into the world of wardrobe – a world she worked and traveled in for over 20 years. Bega quickly worked her way up from shopper to set costumer to assistant designer, and soon took off on her own as a costume designer and stylist for film, commercials, and editorial print ads. During this time, she spent her downtime in Moab, Utah, a place she first fell in love with (and drank the water from matrimony springs) while on a photoshoot in 1989. When Bega decided she wanted to live full-time in Moab, she started working for the Moab to Monument Valley Film Commission as the assistant director, taking on the role of Director in December of 2016. After 6 years as a Moab City employee Bega is now a joyful member of the Grand County Economic Development team as the Film Commissioner. Bega continues to act as the liaison between any type of media production and the area she represents – Moab to Monument Valley.