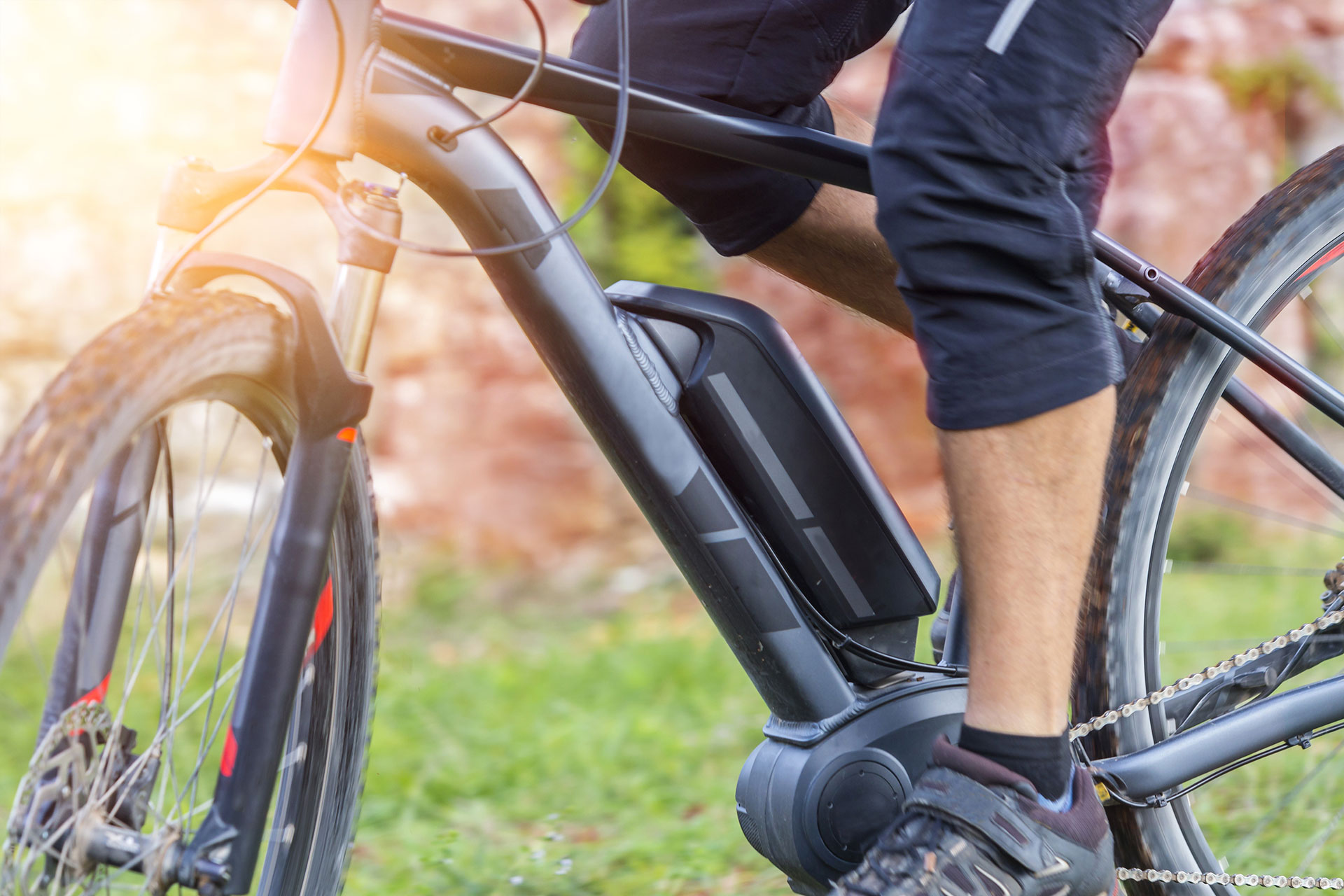 On all public lands surrounding Moab, the BLM, US Forest Service, and the National Park Service, regulate e-bikes as motorized vehicles. This does not exclude e-cyclists from enjoying the area surrounding Moab. In fact when compared to a mountain bike they can be more capable of getting to extraordinary places on thousands of miles of motorized trails and roads.

E-bikes are excluded from non-motorized trails in the area. Many e-cyclists ask why pedal assisted bikes are not allowed on some of the multi-use paths around town or non-motorized trails on public lands? While it is a fair question, current federal agency policy classifies all e-bikes as motorized vehicles, regardless of the amount of power. Most of the singletrack trails and bike paths in the area were constructed using federal Non-Motorized Alternative Transportation Funds and grants that specify non-motorized use of the trail.

We invite you to enjoy the many miles of trail that are available for motorized use in the area. Please respect the rules that govern e-bikes and enjoy the area surrounding Moab in a responsible manner as a motorized trail user and an ambassador for your sport.

E-bikes and other users

E-bikes on shared use trail
E-bikes on shared-use singletrack trails should STOP for hikers, mountain bikers, and equestrians. Please stop, and lean off the trail to allow passing. Do not ride off trail to get out of the way as this damages sensitive biological crusts and your tracks will be visible for years. When approaching other users from behind, announce your presence, and wait for the user to pull off trail and give enough room for passing. When riding on a road, yield and announce your presence to other users before passing. When riding around blind corners always slow down and anticipate other users.

E-bikes and equestrians
Equestrians are concerned about e-bikes due to their speed, capabilities in sand, and most of all their silence. Gas powered motorized users are less of a concern to equestrians because the horse can hear them coming and is less likely to be startled by their passing. Do not ride up to or pass an equestrian unannounced. This can startle the horse and put you and the equestrian in danger. Please announce yourself from a long distance. Once the rider acknowledges you, he or she will give instructions on how to proceed.

E-bikes and other motorized users:
Yield to one another and stop as appropriate. Pull over only in wider areas like washes or on rock and do not create a situation where a vehicle needs to cut into the desert to pass. You’re on an easily maneuverable machine so be courteous and yield right of way to larger vehicles. When encountering a vehicle in a precarious 4×4 move be extra careful and get the drivers attention before going near the vehicle to pass. If multiple people are in your group it is common practice to signal to an oncoming vehicle indicating how many more are coming with your fingers.

Preparedness
When going into the backcountry, know the route you are riding and carry adequate maps. Make sure your battery is fully charged and carry tools necessary to fix mechanical breakdowns. Take plenty of water and food. Let someone know where you are riding.

Cell phones
Outside of the Moab Valley, cell phone coverage is frequently lost. Do not rely solely on you cell phone for navigation or for rescue. The best paper maps to carry are the Latitude 40 Moab East and Moab West maps. They have all designated BLM roads not found on most apps. They highlight popular OHV routes that are great for e-bikes, showing trailheads, segment mileage, and trail descriptions.

H20
Take more water than you think you need. You may have a mechanical breakdown or your battery may run out, making your ride longer than planned.
Desert Trail Conditions: Moab trails feature steep sandstone and stretches of deep sand that can drain your battery faster than riding on normal hard packed trail surface. Plan your mileage with this in mind. Keep a close eye on your battery consumption and adjust your ride and power setting accordingly.

City of Moab and Grand County 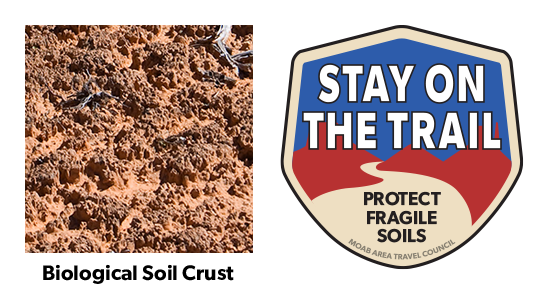 Cryptobiotic soil is the black crusty soil that you encounter next to the trails in the Moab area. This soil is alive and growing, helping to build a base for plants to grow. When disturbed, this living soil turns to sand and the tracks in it will stay visible for years. Areas of large bio crust disturbance can lead to the need for fencing, or trail closure if the problem persists.

Please stay precisely on trail, and when encountering other users stop and lean off trail leaving your tires on the tread.

Practice Minimum Impact
E-bikes have more power than MTBs, are lighter than motorcycles and seem capable of going just about anywhere. It is the rider’s responsibility to respect the desert and the laws of our public lands to preserve our right to enjoy them into the future. Limiting your impacts reduces the amount of maintenance required to keep trails open. Stay precisely on the designated routes and don’t widen or ride off the trail for any reason. Respect trail signage, info kiosks, and other amenities found at trailheads. Vaulted toilets are a necessity for protecting the environment in the Moab area due to high volume of visitors. Please use these facilities respectfully. Do not vandalize them and do not throw any trash into the toilet other than the toilet paper provided. If the land managers see increasing damage on public land they will be forced to close trails.