Visitors from around the world come to experience Moab’s dark skies.

The public lands surrounding Moab have some of the darkest skies remaining in the contiguous 48 United States. As few as one in ten Americans lives in an area where they can see the estimated 2,500 stars that should be visible under normal conditions. In many cities, the night sky is completely obscured by the glow of urban settlement. At Arches National Park, the naked eye is sufficient to witness a wealth of stars. Under the right conditions, common binoculars may even reveal the rings of Saturn.

Arches’ relative isolation from the artificial light of urban areas makes it an ideal place for viewing the night sky. Park staff have also worked to reduce ambient light from within the park by replacing park lighting with "night-sky friendly" lights and fixtures. Arches National Park preserves a wealth of resources. Many, like natural darkness, have become more significant as they become increasingly rare outside the park.

On a clear night, you can see great stars just about anywhere in the park. Areas off the main park road with few obstructions of the sky are best.

The farther north you drive, away from the lights of Moab, the darker the sky will be.

Try stargazing at these areas:

Visitors come from all over the world to attend night sky ranger programs and to experience the dark skies they never see at home. In many national parks these night sky programs are the most popular ranger-led activities.

Dead Horse Point State Park, recognized as an International Dark Sky Park in 2016, is one of the most active and accessible areas to stargaze in the Moab area. Its high plateau location, mountains far in the distance and cities out of sight yields a nearly full view of celestial sphere. Park staff routinely provide programs celebrating the night sky, from walks under the full moon to gazing through telescopes at objects millions of light years away. Whether you want to enjoy by yourself or join a ranger, Dead Horse Point State Park is a premier spot to see the skies our ancestors wondered over and survived with. 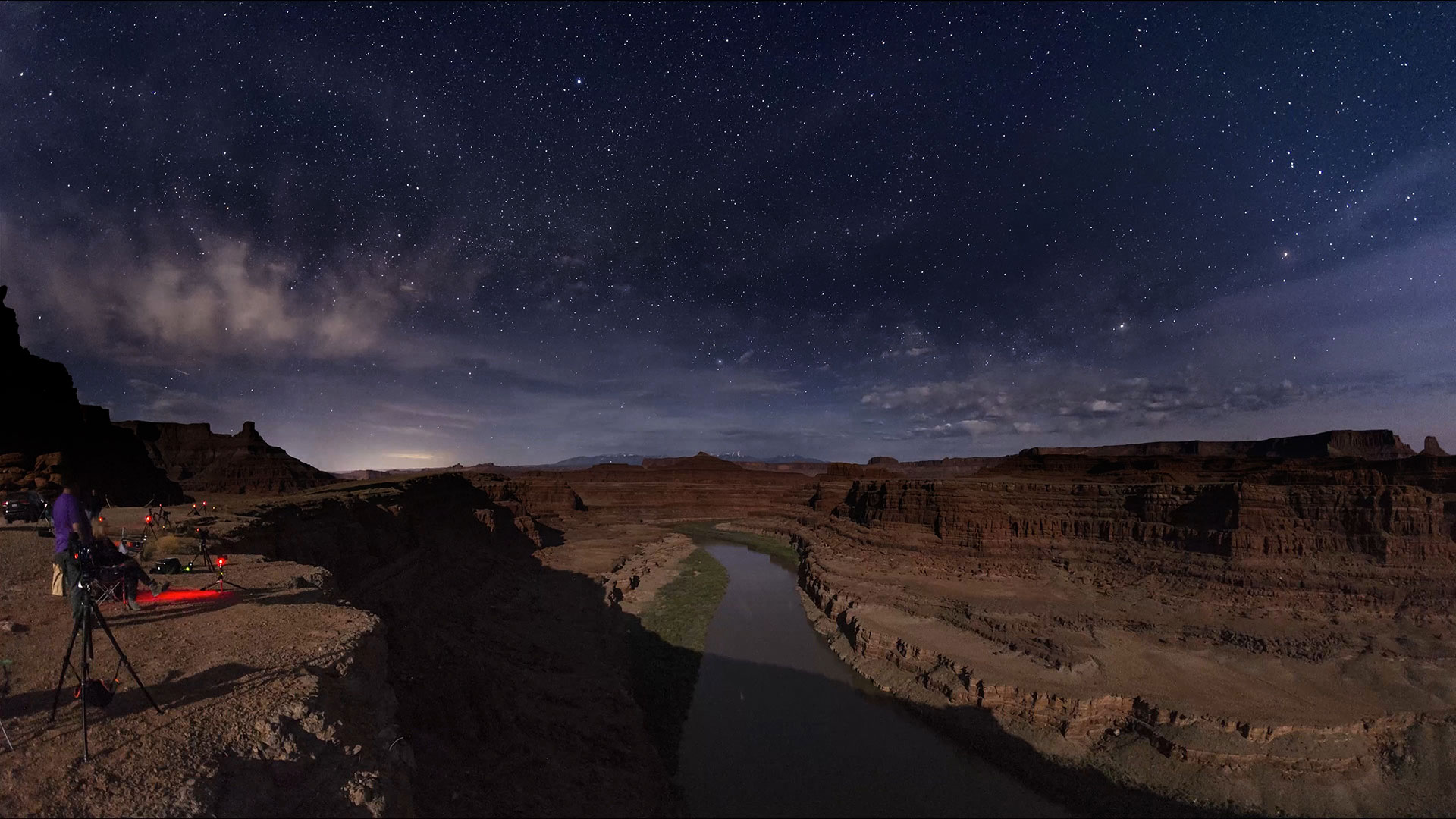 Experiencing the night sky provides perspective, inspiration, and leads us to reflect on our humanity and place in the universe. The history of scientific discovery and even human curiosity itself is indebted to the natural night sky. Every visit to Moab should include some time under the stars.

For the best viewing plan your visit around the time of a New Moon. Use our Moon Phase Chart for specific dates. The following tools are also helpful for planning your evening under the stars:

Clear Sky Chart (Click on the chart for a detailed description.) 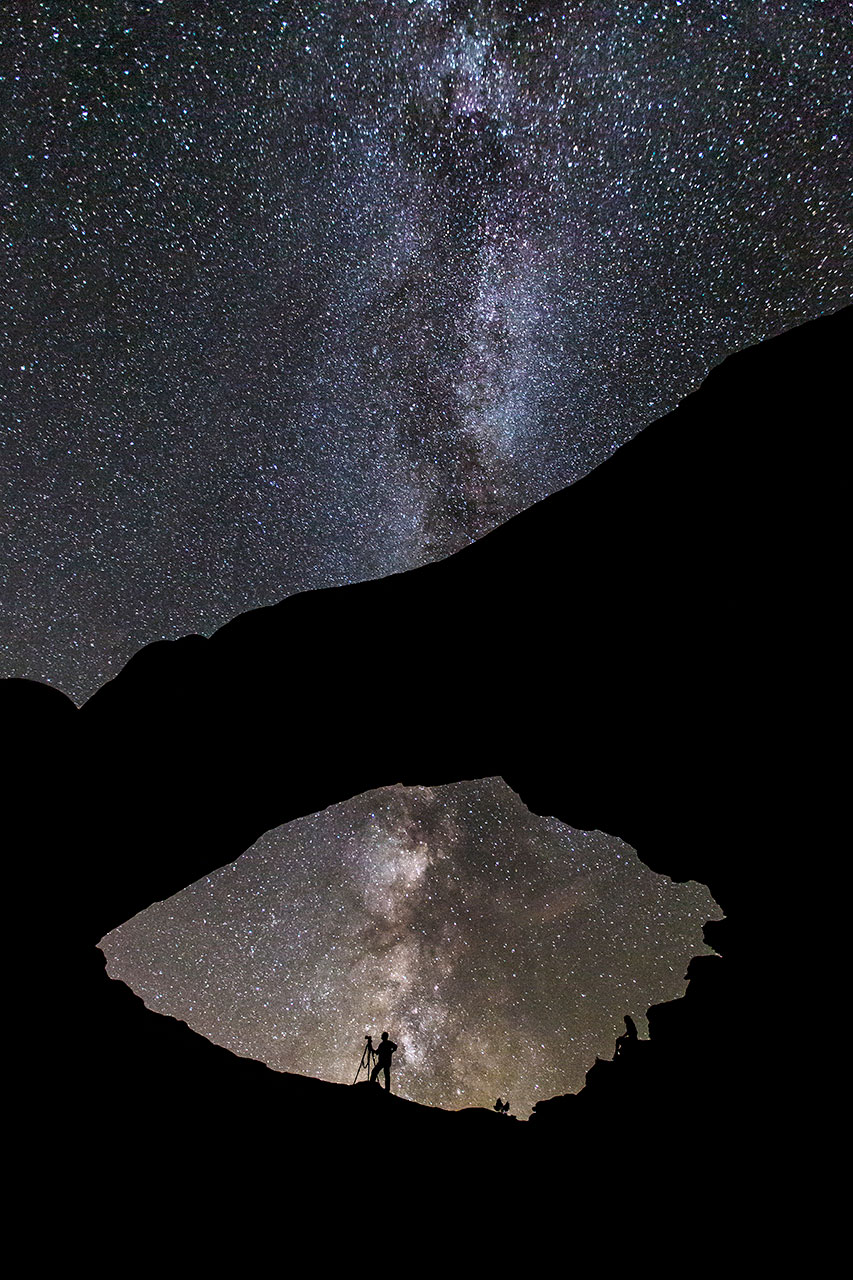 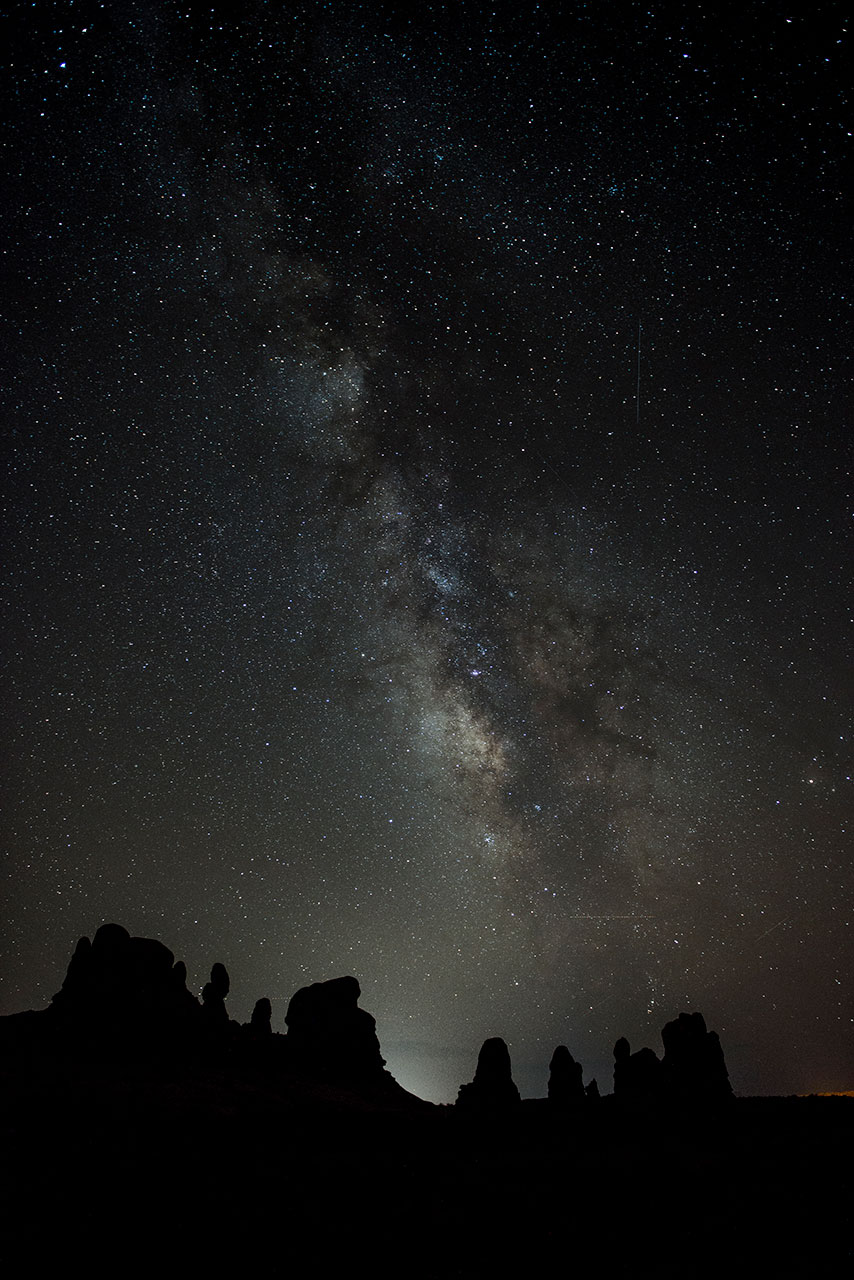