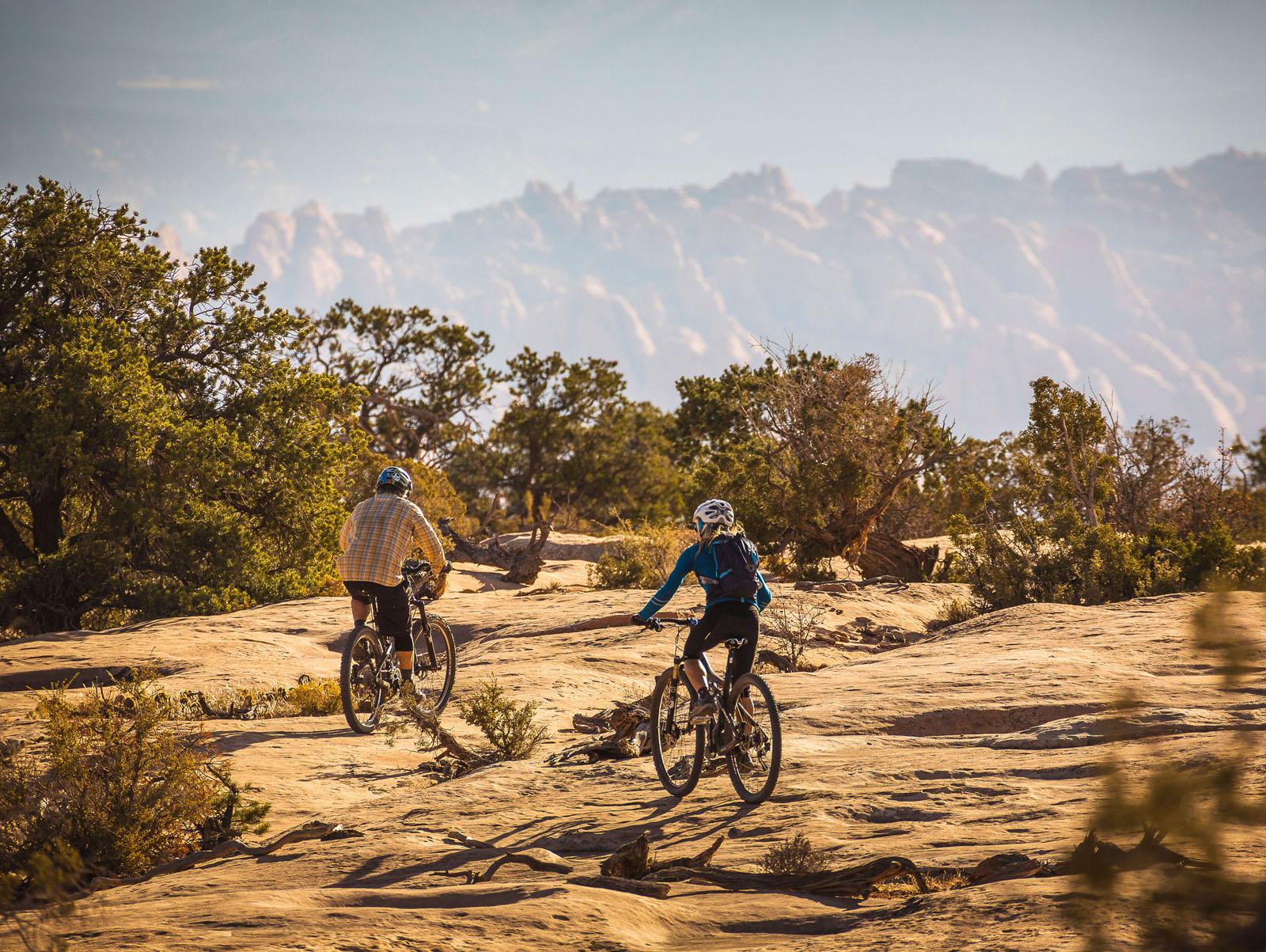 From ancient images to modern pursuits, getting drawn in to Moab 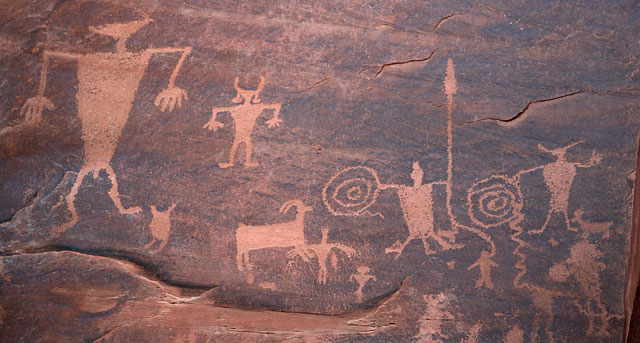 These were certainly not the kind of snapshots taken by a smart phone. Hardly. Nevertheless, back when they were created, the petroglyphs and pictographs on rock walls that I had come to study in Moab, Utah, had been state-of-the-art snapshots of life dating back as much as 3,500 years.

The renderings of spirals, herds of animals, ghostly humans and warriors armed with spears, scorpions and centipedes were primitive, yet often quite sophisticated in detail. Also, not far from Moon Flower Canyon, I found the famed Birthing Rock, depicting what is thought to be the first picture recording of human birth. We see a newborn emerging feet first from a mother’s womb.

As a professional photographer, I felt a special kinship with those long-ago artisans who either painted images using mineral and plant dyes as their medium, or who scratched and carved petroglyphs into the rock. Then, as now, the goal for image-makers has been to preserve moments in time. As I studied their often vibrant images, I couldn’t help but wonder what they were telling us.

While I was taking it all in, mountain bikers occasionally rumbled by along a web of popular stony trails. The expressions on the biker’s faces told stories of high adventure and sheer joy. Some of the more daring frequently had only air beneath their tires as they raced across the bumps and lumps in their path. They’d let out some gusty whoops as they soared. I’d come to capture Moab—what if that meant something more active? 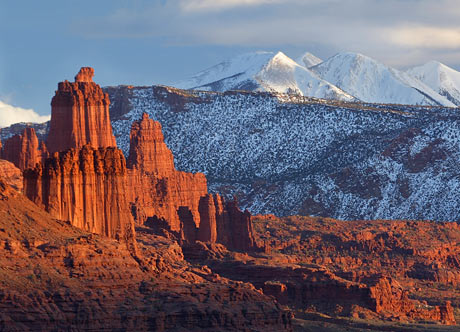 Soaking in the sights

This day, the air was crisp. Skies overhead were dazzling blue, except for some decorator clouds. As an extra added attraction, a dusting of pristine snow was draping over the upper elevations of the Colorado Plateau. All this was nature’s art in its highest form.

It’s remarkable to think that a visitor like me can not only drive around and look at this splendor, but actually become an active part of the landscape year-round with hiking, biking, 4-wheel driving and horseback riding—not to mention an infinite number of photographic opportunities.

Nearby Arches National Park and Canyonlands National Park, along with the mighty Colorado River, make this one of the most popular tourist destinations in the American Southwest.

The overall scene was breathtaking. Only minutes from the hospitable resort town of Moab, my adventure becomes a journey into antiquity. Some of the most beautiful, mineral-rich red-rock landscape on the planet surrounds me with well-defined, mostly sandstone strata revealing more than 500 million years of geologic change. Thanks to the Triassic and Jurassic periods, dinosaur footprints can be discovered by those who venture along Klondike Bluffs Trail. As a matter of fact, there are many dinosaur trackway trails that allow visitors to walk where dinosaurs walked. Further investigation can be done at a number of dinosaur exhibits at the downtown Moab Museum, or the brand new Dinosaur Park 10 miles north of Moab.

At any rate, the Klondike is technically moderate for someone in good shape, yet inexperienced in mountain biking. There I go again, talking about biking. Time to kick up a little dust. 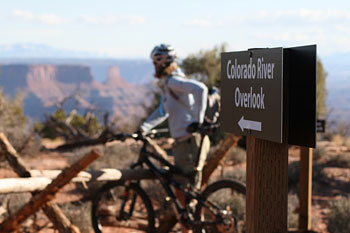 Getting into the action

My camera gear was the only equipment I had brought along, but, luckily, Moab bike shops offer rentals, maps, tours and moral support for those who spontaneously want to challenge the rocks, slick slopes and desert dirt. There are a range of trails, from kid-friendly to kick-butt. Yes, even in winter.

In relatively good physical shape, but still a novice mountain biker, I opt for Dead Horse Point Intrepid Trail. The name may sound a bit ominous—it’s technically mellow. Although, at times the trail seems to be saying “Don’t take me for granted, I love throwing bikers a few surprises.” It’s a 10-mile run that takes an average rider about two hours. It’s a well-defined path through sage brush, slate, rock obstacles, a few fallen trees and a couple of “hang on” downhill slopes. To be honest, I loped over a few unexpected teeth-rattling hurdles. I knew without a doubt that the endless scenery and the freeform experience would more than make up for any saddle sores I’d discover later.

This was big-wheeling like the ancients could never have imagined in their petroglyphs. One can only imagine the biker snapshots they would have carved. I still wondered about the real stories that were told on those rocks by cultures known over centuries as Paleo-Indians, Archaic, Anasazi, Fremont and most recently, Utes.

The fact is, there are no definitive interpretations of that ancient art. It is simply left to visitors who come to view it. What they do next is up to the history they’d like to create.