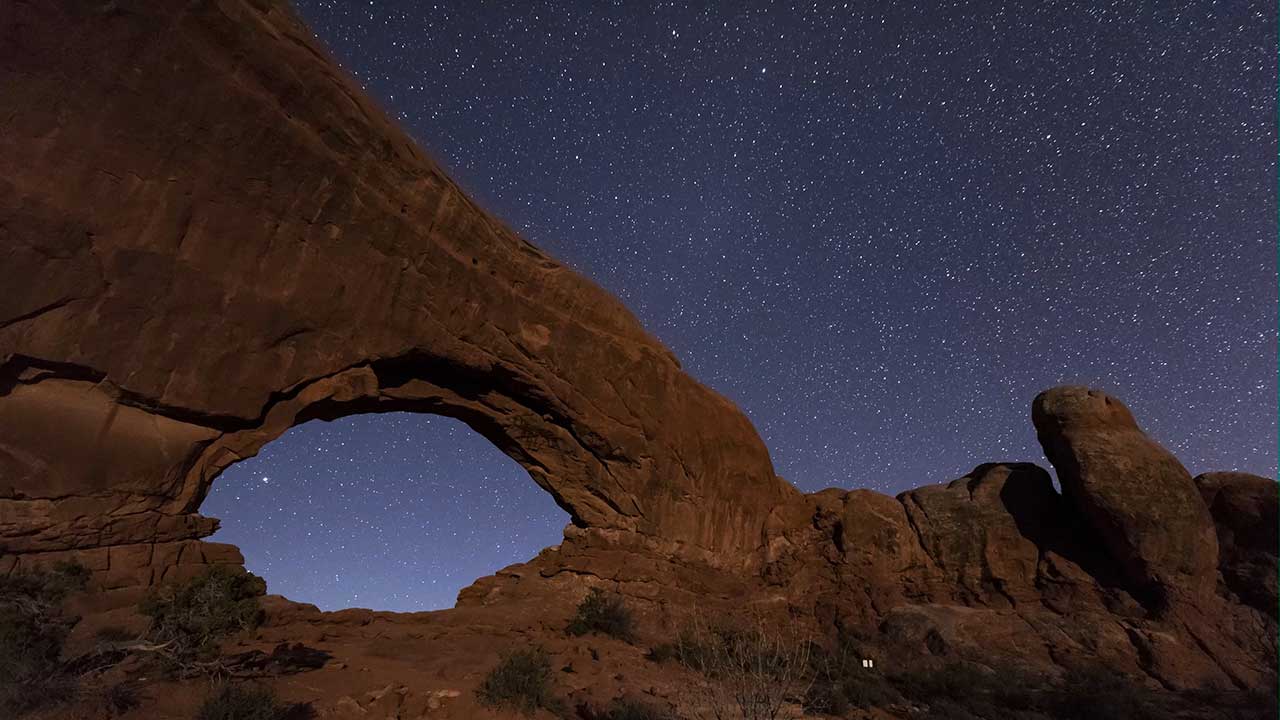 For people who have spent most of their lives living in or near a city, looking up to see the night sky in all its galactic glory is a truly awe-inspiring experience. The total absence of light pollution in designated dark-sky areas makes for an all-natural light show unlike anything you’ll see in any city, and a chance to observe the stars just like our ancestors did before the explosion of human civilization. Whether you’re a seasoned stargazer or a first-timer, here’s what you need to know to make the most out of Moab’s incredible dark-sky destinations. 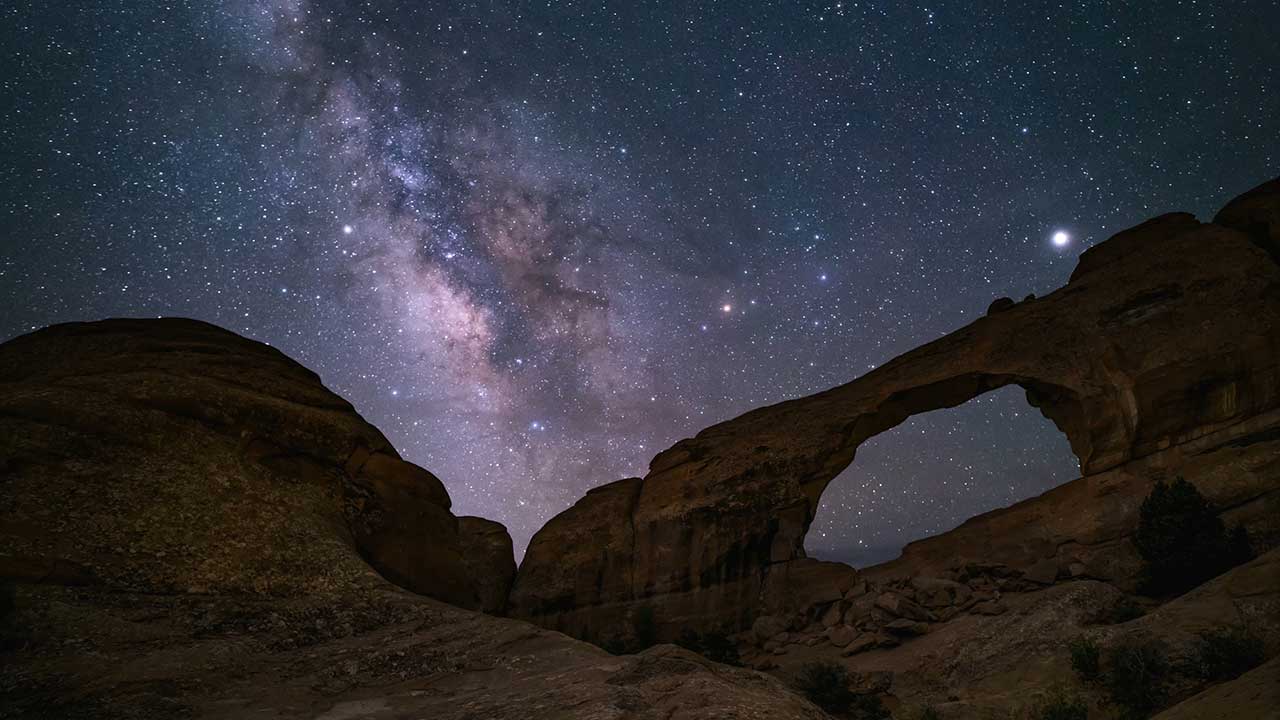 With its main entrance just a few minutes from downtown Moab, Arches National Park is one of the most accessible places near town to soak up the night sky in total darkness. Designated as an International Dark Sky Park in summer of 2019, Arches took careful measures to become dark-sky friendly, with shielded light fixtures that minimize glare, as well as bulbs that limit the amount of blue light generated—a major source of light pollution. On a clear night, you can get great views of the stars from just about anywhere in the park, though keep in mind that the further north (and away from town) you venture, the darker the skies will be. 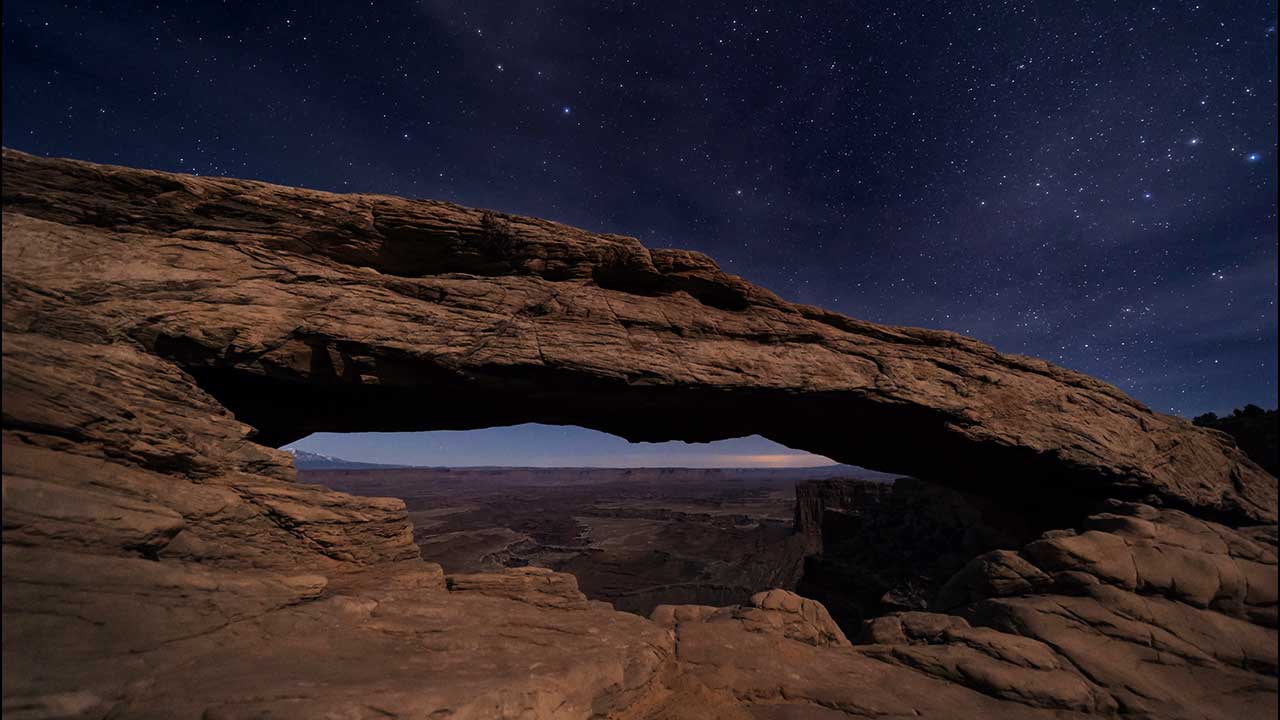 Slightly more off the beaten path from Moab proper—which means further away from the ambient light that obscures the night sky—Canyonlands National Park was named a Gold-Tier Dark Sky Park by the International Dark-Sky Association in 2015. Nighttime views here are so incredible that people visit from all over the world to explore on their own or participate in park-ranger-led stargazing activities. Similar to Arches National Park’s dark-sky conservation efforts, Canyonlands National Park also utilizes special night-sky friendly lighting fixtures and bulbs to preserve its unique magic of total darkness after sundown. 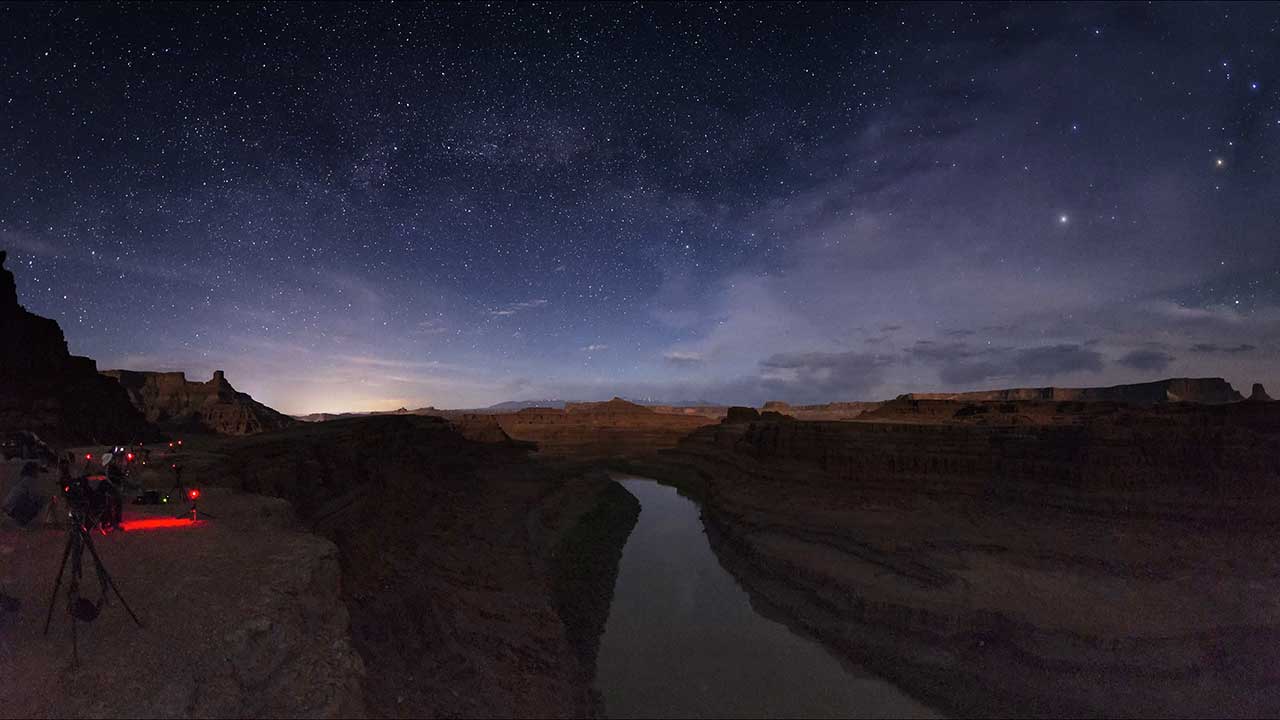 Another International Dark Sky Park (with the status awarded in 2016), Dead Horse Point State Park is approximately a 45-minute drive from downtown Moab, and one of the best places in the state for stargazing. Its location atop a high plateau gives great lines of sight that offer a nearly full view of the celestial sphere, and it’s far enough away from surrounding development to stay incredibly dark at night. In addition to plenty of places to enjoy the night sky on your own, the park also offers ranger-guided night activities from full-moon walks to telescope-gazing sessions.

When to Go & What to Bring

Once you’ve decided on a destination, there are a few things to keep in mind that can majorly enhance your experience. If possible, try to time your visit to coincide with a new moon, as the skies will be even darker. If you can’t, that’s OK—you’ll still have a window of dark-sky time before the moon comes over the horizon. If you’re interested in diving a little deeper than simply looking skyward, consider smartphone apps like Star Walk or Night Sky. And if you really want to get serious, you can look into star charts that correspond to individual dates and locations. Consider bringing a pair of binoculars, as they’re more affordable, portable, and user-friendly than a telescope. And while bringing a headlamp or flashlight is a good idea to safely make your way around the park, one with a red-light mode is preferred to preserve night vision, which can take nearly 20 minutes to adapt to the darkness.

For more information on stargazing in Moab, visit discovermoab.com.