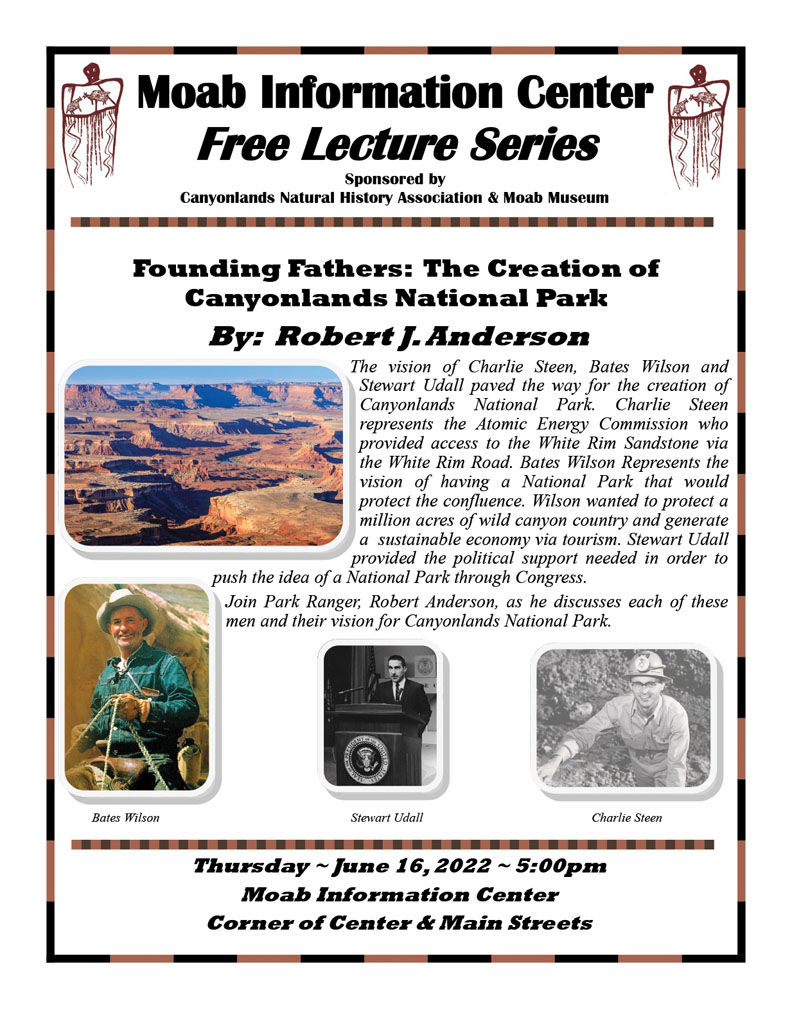 The vision of Charlie Steen, Bates Wilson and Stewart Udall paved the way for the creation of Canyonlands National Park. Charlie Steen represents the Atomic Energy Commission who provided access to the White Rim Sandstone via the White Rim Road. Bates Wilson Represents the vision of having a National Park that would protect the confluence. Wilson wanted to protect a million acres of wild canyon country and generate a sustainable economy via tourism. Stewart Udall provided the political support needed in order to push the idea of a National Park through Congress. Join Park Ranger, Robert Anderson, as he discusses each of these men and their vision for Canyonlands National Park. Presented by Robert Anderson.
+ Google Calendar+ Add to iCalendar

This calendar is provided as a courtesy to area visitors. No warranty, express or implied, is made as to the ongoing validity of information listed herein. Grand County, Utah or its agents are not responsible for any liability arising from the use of the information and is not responsible for the business practices of companies or event organizers mentioned or linked to on this website.