Ever wondered what is unique about each of Utah’s 29 counties? The Natural History Museum of Utah is helping spotlight natural and cultural history wonders in each of them with the Natural History Explorer Corps, launching Memorial Day Weekend.

Custom markers, designed and fabricated by Utah’s own O.C. Tanner, have been placed in every county to celebrate an iconic natural or cultural history location in that area, showcasing Utah’s diversity and richness. All summer long, Utahns and visitors will be encouraged to seek out the markers to inspire their own exploration of what makes each county—and Utah—so special.

“We are beyond thrilled to roll out the Natural History Explorer Corps program. It’s been designed to encourage and support learning about our amazing state,” said Jason Cryan, executive director, Natural History Museum of Utah. “It’s also a great way to encourage our friends and neighbors in Utah to safely get back out there in the spirit of education, adventure, and friendly competition.”

From members of state and county leadership to public works employees, librarians, historians and museum directors, Explorer Corps is the product of enthusiastic collaboration across both state and local levels, including Grand County. 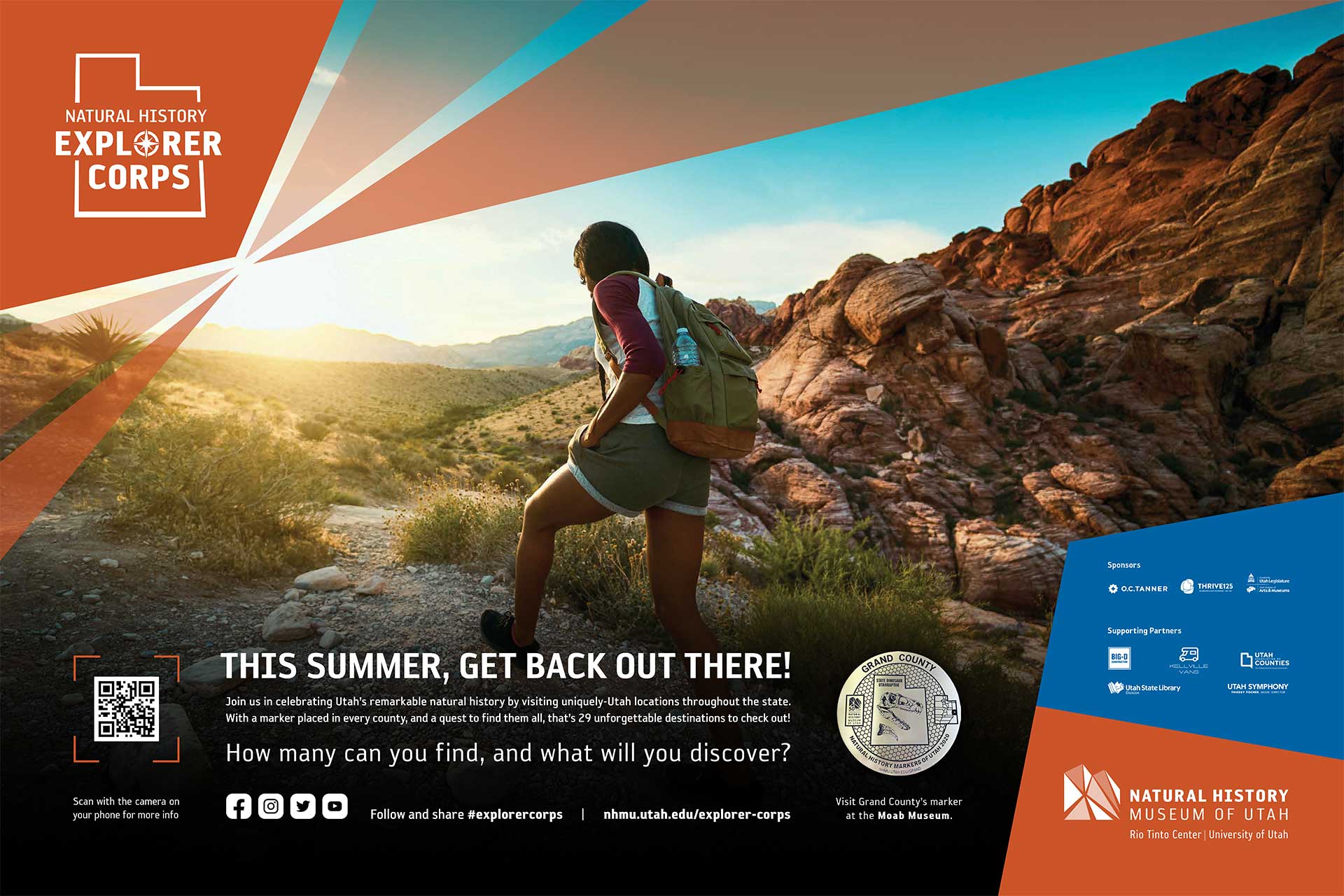 The Grand County marker is in front of the Museum of Moab at 118 E Center Street in Moab. It highlights Utahraptor Ostrommaysorum, which was found in both the Dalton Wells Quarry and Gaston Quarry, near Moab. When you’re visiting the marker, you can see a cast of a leg of a Utahraptor at the museum! (Appointment required before June 1, 2021.) 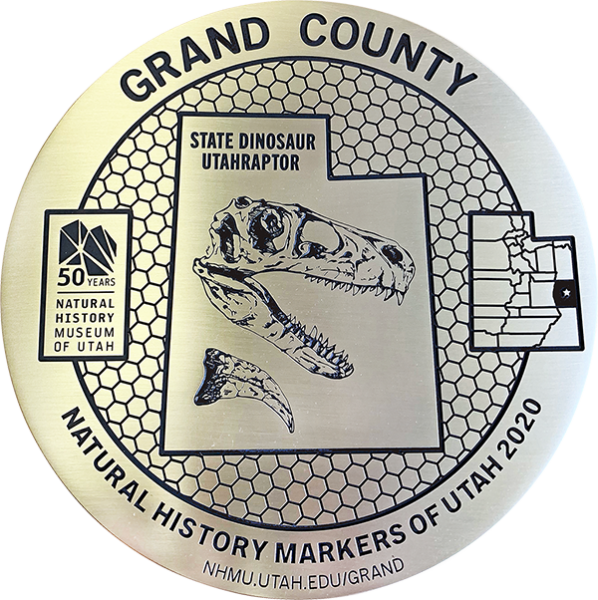 Utahraptor lived about 125 million years ago during the Early Cretaceous. This was a time millions of years after the Allosaurus of Cleveland-Lloyd were stomping around and tens of millions of years before Tyrannosaurus. In fact, paleontologists hypothesize, the lack of huge, big-headed predators during this time in ancient Utah is what allowed Utahraptor to evolve and thrive as the apex predator of its ecosystem.

To date, Utahraptor has only been found in Utah. That’s distinctive enough that Utahraptor was honored at Utah’s State Dinosaur in 2018 and plans are currently afoot to establish a Utahraptor State Park in the vicinity of where the dinosaur was found. But paleontologists are still learning more about this dinosaur. 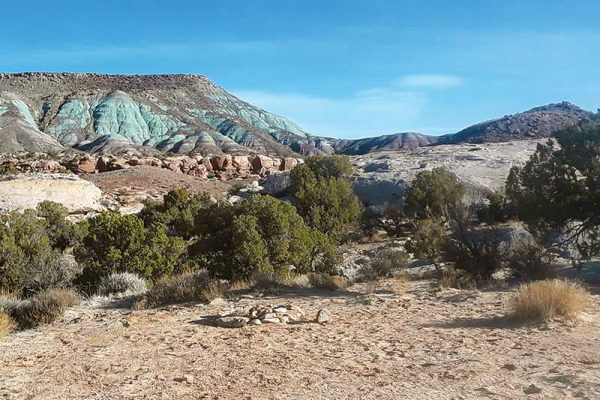 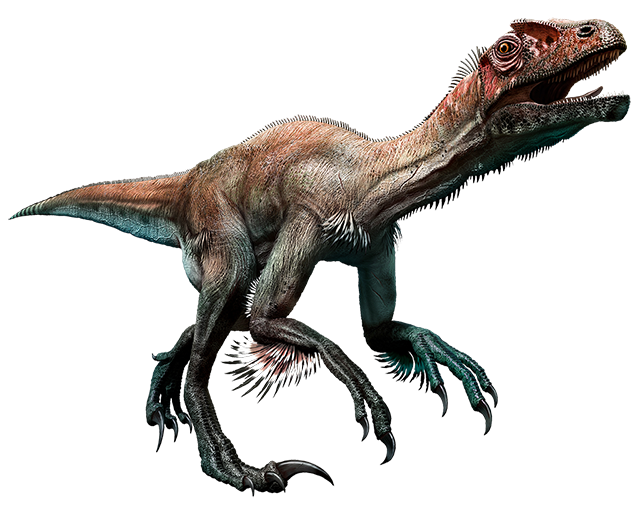 When Jurassic Park hit theaters in 1993, some dino fans in the audience had a critique of the movie’s raptors – the pack-hunting dinosaurs were too big. No one had ever found a Velociraptor, or similar dinosaur, as big as a person. But just as the film was roaring through theaters, paleontologists working in the desert near Moab announced that raptors really could get that big, after all. They had discovered Utahraptor, the largest raptor of all time.

Utahraptor lived about 125 million years ago during the Early Cretaceous. This was a time millions of years after the Allosaurus of Cleveland-Lloyd were stomping around and tens of millions of years before the likes of Tyrannosaurus. In fact, paleontologists hypothesize, the lack of huge, big-headed predators during this time in ancient Utah is what allowed Utahraptor to evolve and thrive as the apex predator of its ecosystem.

The largest Utahraptor could grow to be more than 20 feet long and weigh more than half a ton. Their skulls were deep, with some of their teeth angled forward to deliver deadly bites that snagged prey on those sharp points. Recent finds of Utahraptor youngsters, however, have shown that these dinosaurs started life with a more slender build. As researchers continue to excavate a 9-ton block chock full of Utahraptor bones, we’ll be sure to learn more.

To learn even more, visit nhmu.utah.edu/grand.